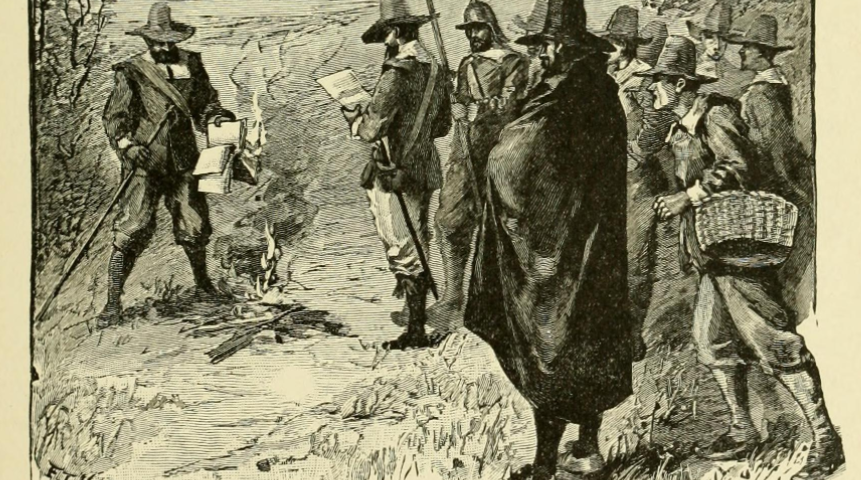 I’ve always been an advocate of intellectual freedom, but I recently found a family connection that makes Banned Book Week (Sept 27-Oct 3, 2020) even more meaningful. In 1650, my 11th great grandfather wrote and published “The Meritorious Price of Our Redemption”. It became the first book to be banned and burning in the New World. Only 4 original copies are known to have survived.

The family first settled in Dorchester (MA), but soon founded Roxbury (MA) where William established a large fur-trading business. Along with his son-in-law Henry Smith (my 10th great grandfather) and six others, William founded Springfield (MA) in 1635. He worked closely with the native population and thought the Connecticut Colony’s militant policy toward the native population was unconscionable and also “bad for business”. He soon became one of the wealthiest and influential men in New England.

In 1649, William wrote a critique of the religious doctrine associated with Puritanical Calvinism. It challenged theology by claiming that obedience rather than punishment and suffering was the price of atonement. Published in London in 1650, The Meritorious Price of Our Redemption caused a huge sensation when it reached Boston. Copies of the book were burned.

Officials of the Massachusetts Bay Colony formally accused William of heresy. Coincidentally, his court date was set for the same day as New England’s first witch trial reflecting a sign of the times. Rather than face prosecution, he transferred his land holdings to his son and retired to England in 1652.

For family members, the lineage is through Annette’s mom’s side of the family and the female line.

To read the banned book, go to https://archive.org/details/meritoriousprice00pync

Since 1998, Annette Lamb and Larry Johnson have shared their passion for teaching and learning through the eduscapes website. Although they have both retired, they continue to share their experiences and passion for lifelong learning. Annette's emerita status at Indiana University at Indianapolis allows her to continue involvement with educators and librarians.